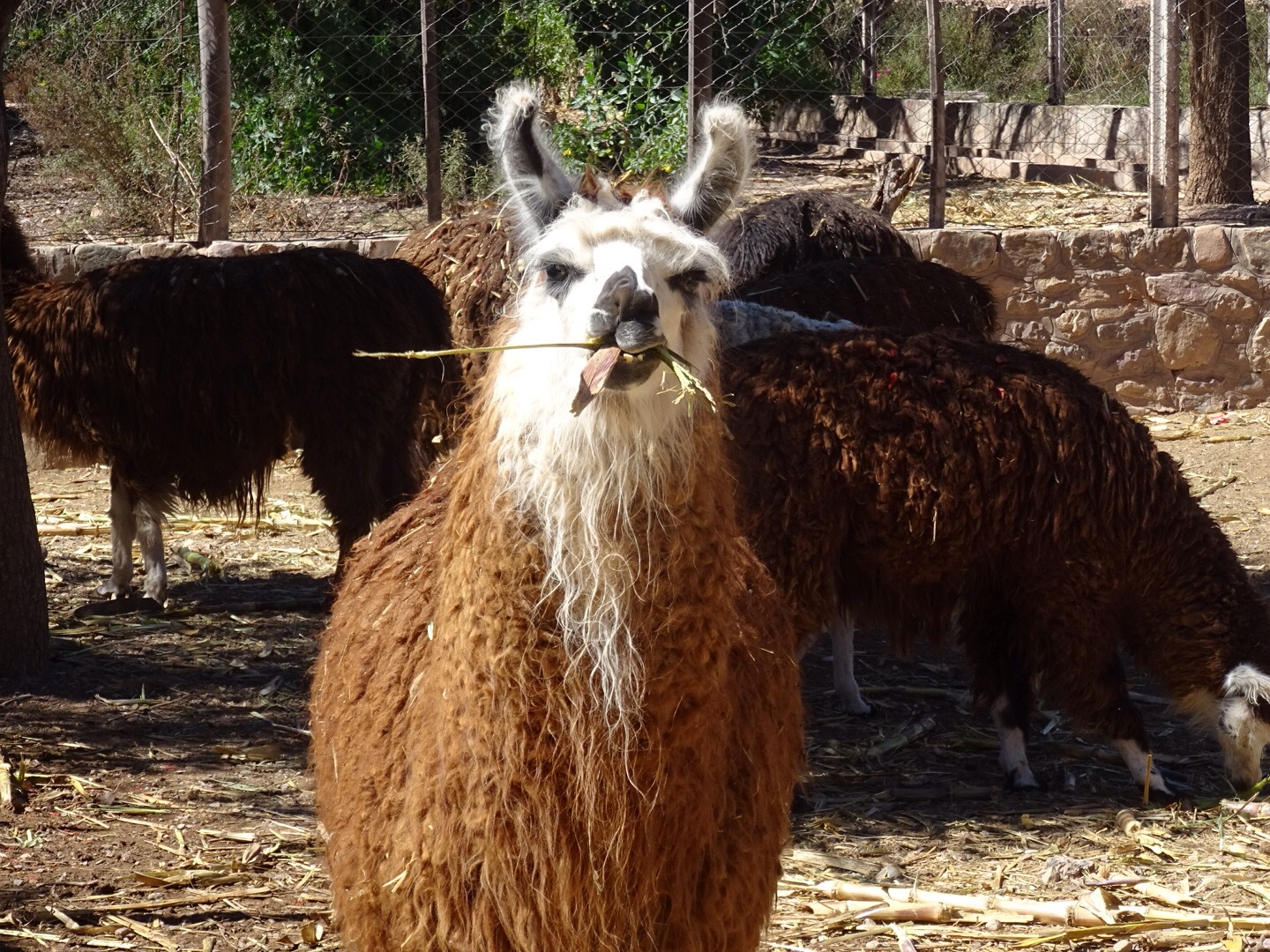 Mr Llama “nothing to see here, move along…”

Well, our last town in Argentina. It is sort of sad, but we still have a bunch of more exciting places to go. Tilcara is one of the many towns along RN9 to Bolivia, with lots of old Inca ruins nearby. The drive from Cachi to Tilcara started off with driving up to 11,060 feet, then driving down into lush green land at 4500 feet, then back to 8500 feet. For most of the drive, we were above the clouds. In Cachi, it was sunny and cloudless, but in Salta/Jujuy, it was cloudy, and gray.

elevation of pass … coming down was fun 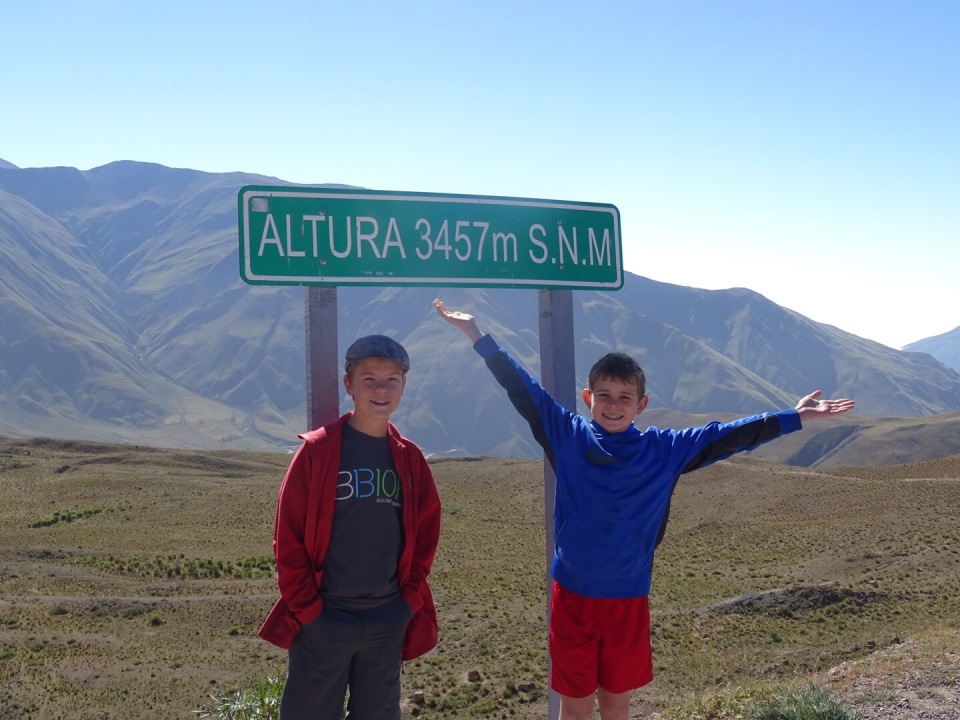 We stayed in a nice hotel outside of Tilcara called Cerro Chico which is nesteled in the hillside`. For a town that was part of the inca trail, ten years ago, it was the second hotel in Tilcara. Now, there are over 100 in the area. When we arrived, we decided we had been sitting too long, so we decided to drive up to Pumamarca and see the mountian of seven colors. We found the trail, which was a road, and 2.7 kilometers later, we found what we thought was the mountian of seven colors. When we were walking back to the car, I told my dad,”It’s sort of a shame that we could of just driven to go see this.” 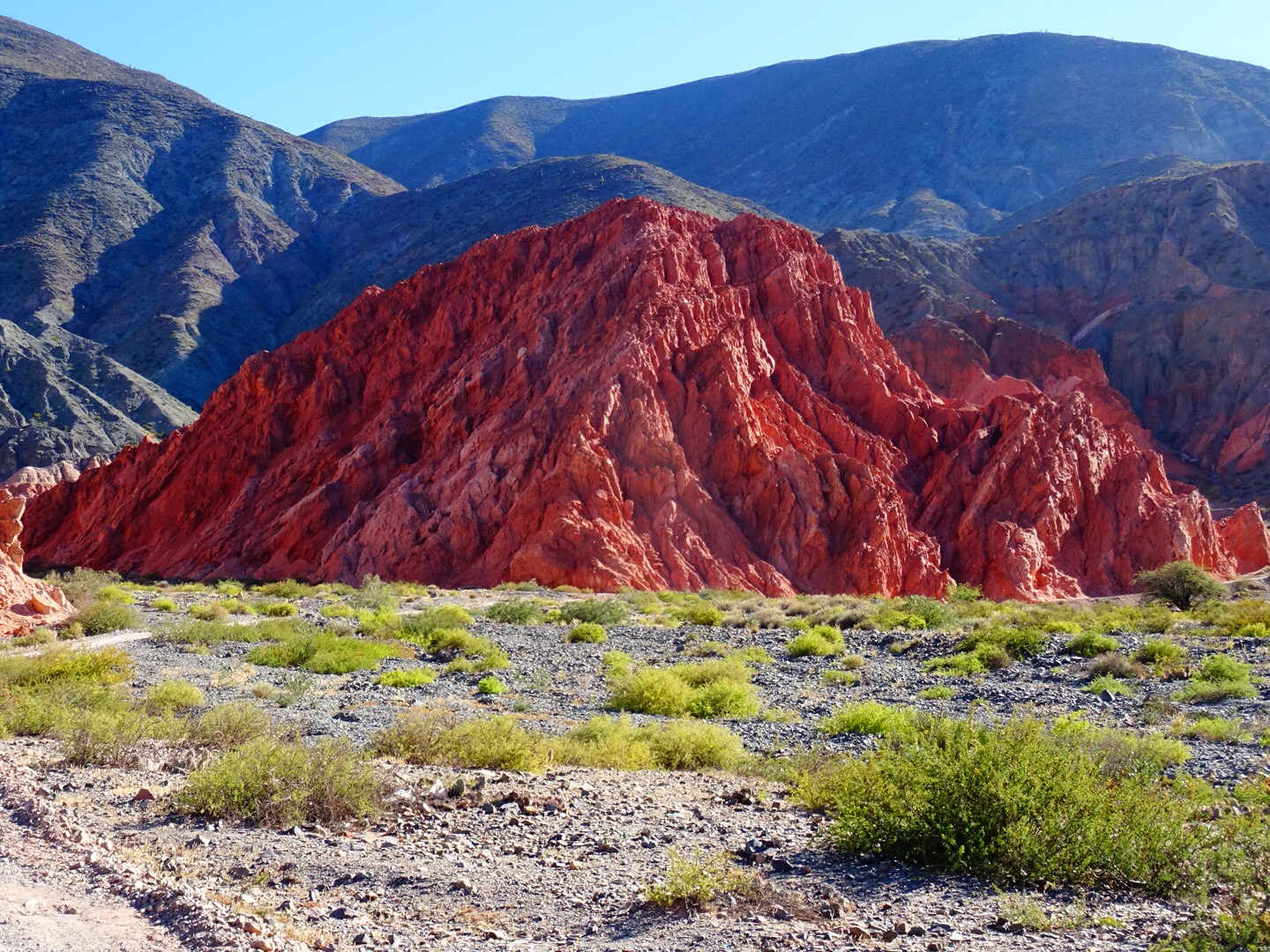 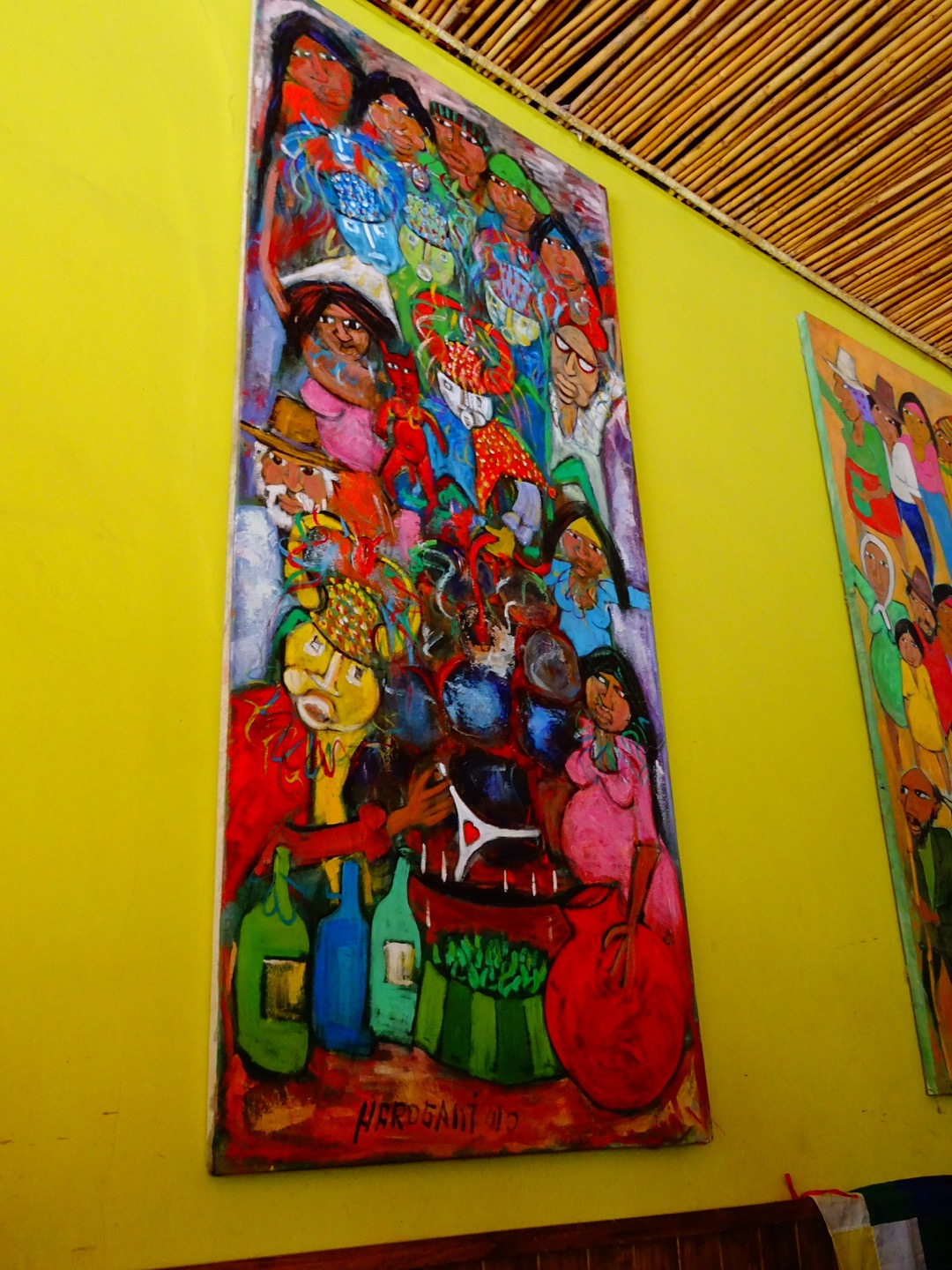 Local artwork in a small but great restaurant

After hiking, we decided to drive don the road a little more and check out an old staging post. The post was originaly a house and due to where it was, the viceroy of Rio De La Plata made it a staging post, and the owner, the first owner of the post. During the war of Argentina’s independence, it was a barracks and housing for Generals that were traveling to help in Chile and Bolivia. 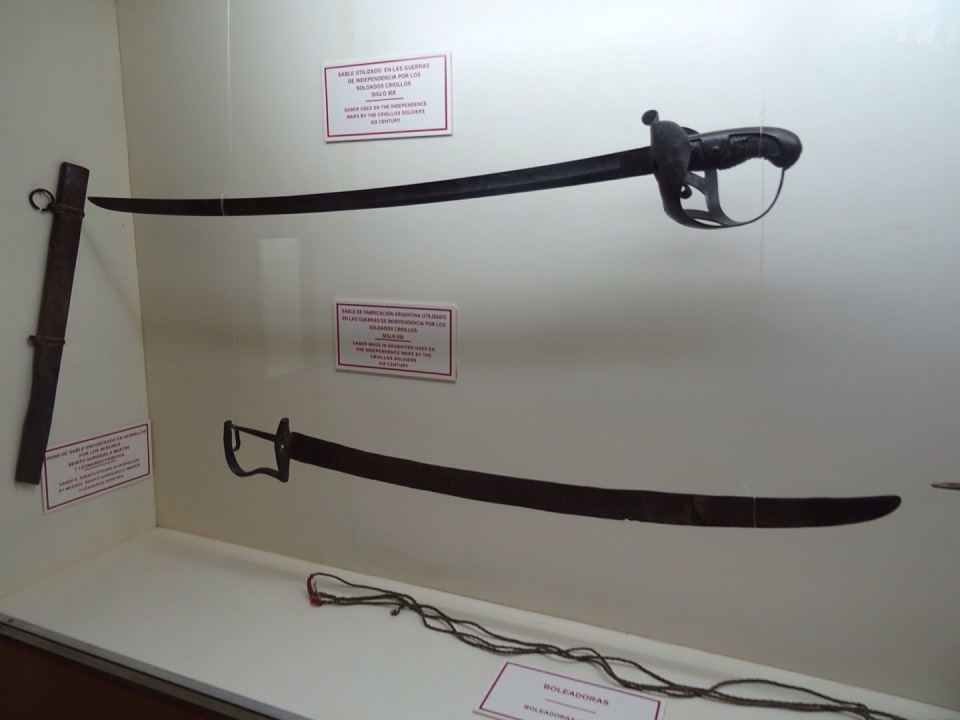 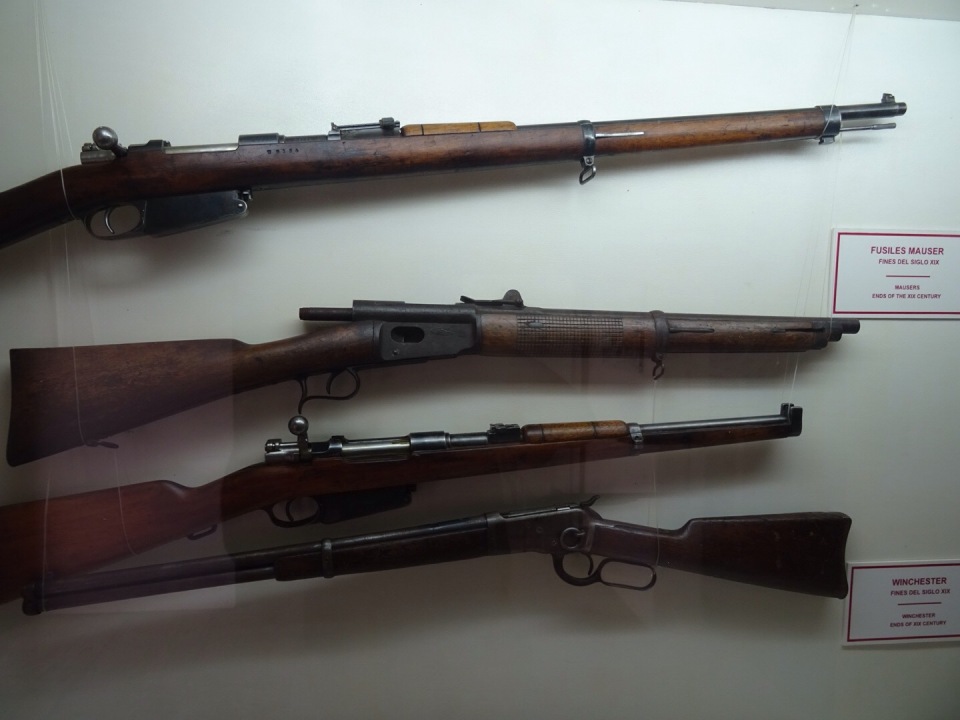 The next day, we decided to drive north to go see some more rock formations.  1/4 of the way up the road, my dad says,” do you guys smell gas?” We checked our alltitude with our Ipad, and found that we had gone 2,000 feet too far up without presurizing the tanks on the roof. And guess what? The tanks were leaking gasoline. Even though we had 2/3 of a tank, we decided to put that gas in the car, so we wouldn’t have to worry about them. At that time, we were at 12000 ft, and we still had alot of switchbacks to go. At the top, we realized that we were at 14,300 feet. We looked at the map later at night and thought that the pass to chile was around 14,700 feet. You will find out how high it really was in the next post… Anyways, this is called the valley of 14 colors, spectacular. 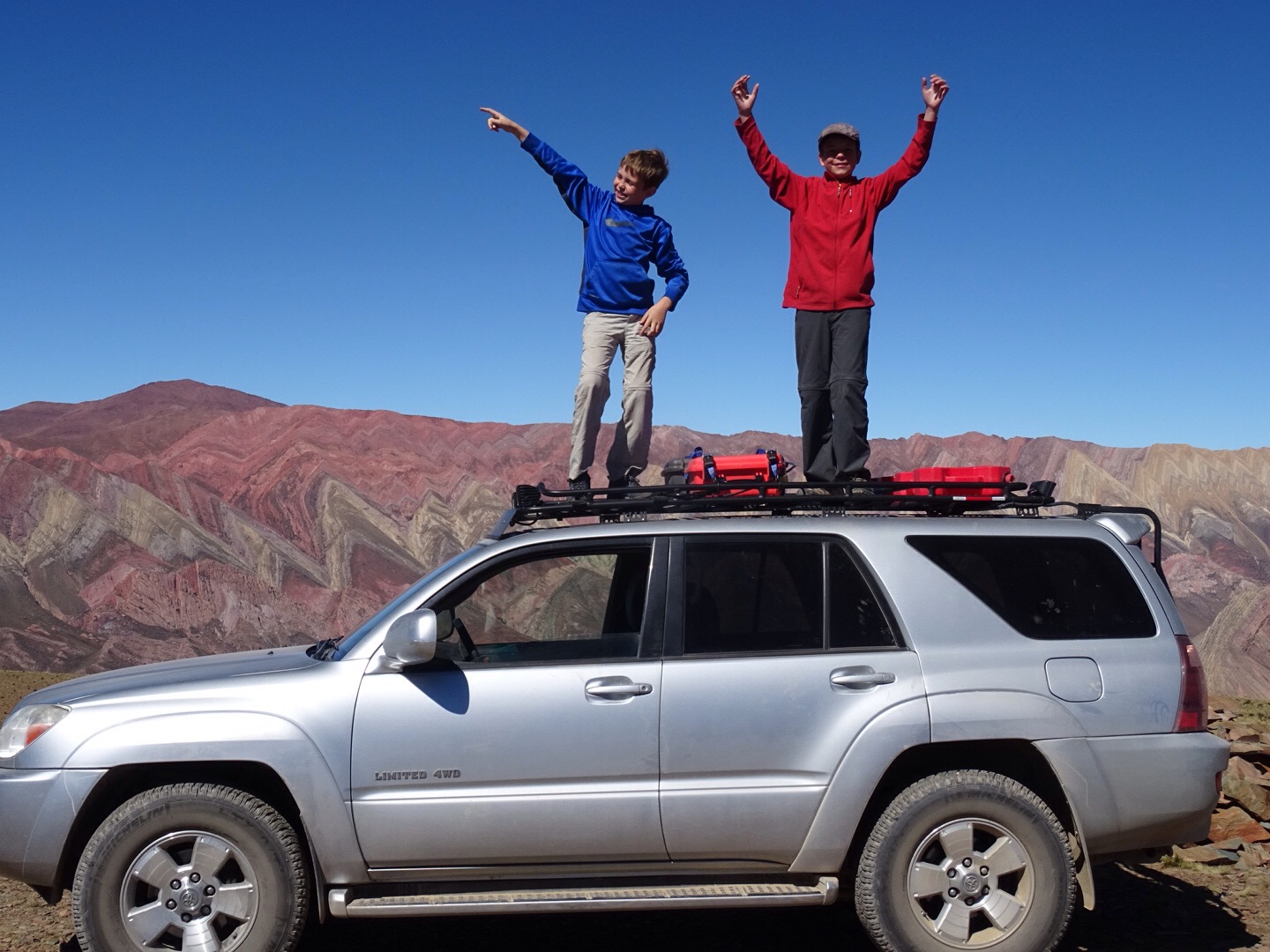 That night, the owner of our hotel invited us down to dinner, and we had a very good meal with an appetizer of mini potatoes , and goat cheese, and then, a main course of grilled chicken, with saffron rice, and with this meal, lots of info about Ecuador.

We are currently in San Pedro de Atacama, Chile. Next stop, Peru!