So after several months of travellig we finally were able to complete one of Cindy’s wishes for the trip – Llama walking/treking.  We were introduced to an organization called Llama Pack in Urabamba.  This organization is focused on re-introducing the llama as a pack animal in Peru.  Many llamas have cross bred with Alpaca’s, and are not as strong and good for packing as they used to be.  The llama is “eco friendly” since they do not rip the roots of plants out they cut with their teeth.  They also have padded feet that keeps a light touch on the ground and doesn’t cause as much damage as a hoof.

Guapo getting ready to go.

Walking the herd up the hill with the local guides.

Gavin with our guide Max. I think Cindy had a crush.

Our hike was pretty easy, we walked with  herd of llama’s, plus two local indegenous guides.  These local guys walked down from their town (3 hour walk), then got a ride (30 mins), then did our trek, then caught a ride back, and walked  back up 4 hours to their town.  The llama pack people are attempting to get the local people more involved in tourism and the llama in general.  Our hike up was fun, as one of the guides played a local flute the entire time to lead us up the path.  When we got to the top they had a nice lunch and chatted for a bit.  It was a fun experience, the boys definately enjoyed being around the animals.  Walking a llama is easy – we led Gaupo (male) and he followed all the female llama’s up the hill.  He was the only one on a lead.  You basically walk behind the llama’s (who tend to flock together anyway) and sort of whistle at them to make them move forward.  I think Gavin might be a pro llama herder.  Hayden definately had the leading a llama down to a science.

We also learned more about the local people and how things really work here.  For example, kids who want to go to school from the mountainous towns (indegenous people) usually send their best kid to school.  At about age six, this kid will walk down the hill (3 hours) on Sunday and the kids all stay together in a house all week.   Sometimes an adult from the village is with them, sometimes not.  They then walk back on Friday (4 hours) to help out at home on the weekend.  Most kids only make it through about 8th grade.  One thing that is good now is that the government has lunch at school because the climb and food the kids was getting was not very good.  Kids were falling asleep in class, and had low energy levels.  Overall the kids have to take fie pretty seriously at a young age.

We were also able to visit the Pisac Ruins, which is closer to Cusco.  This area was a farming community and provides food for local people.  You can see the terraces that were built by the Inca for farming.  This place served as a base for people going to Machu Picchu.  The holes in the side of the rocks are graves.  There are approximately 5,00 graves in the hill.  They all face the sun (a god). 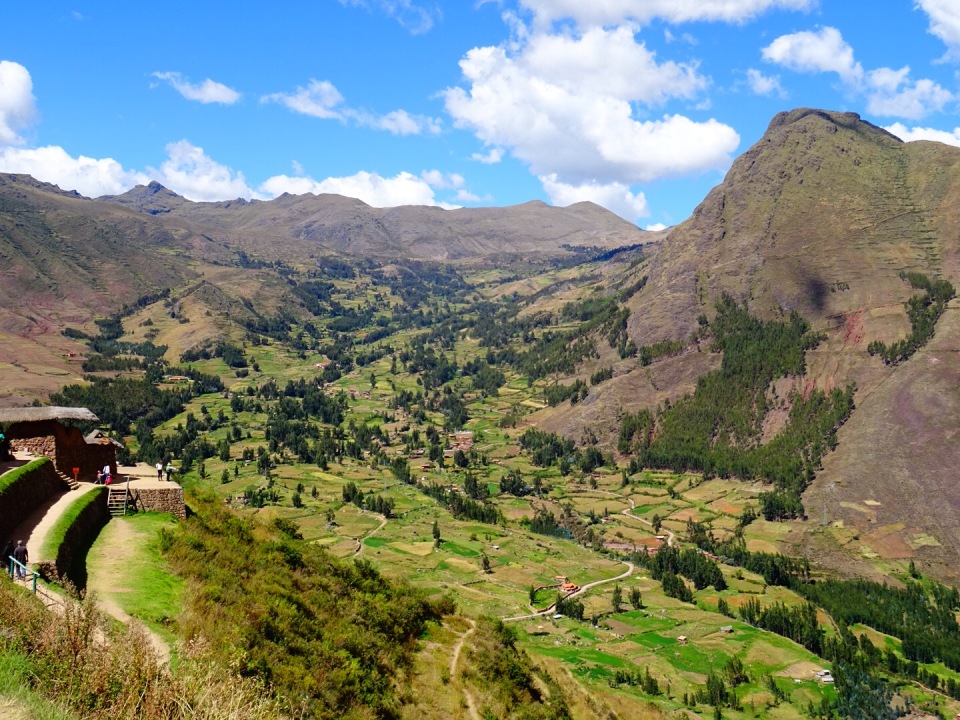 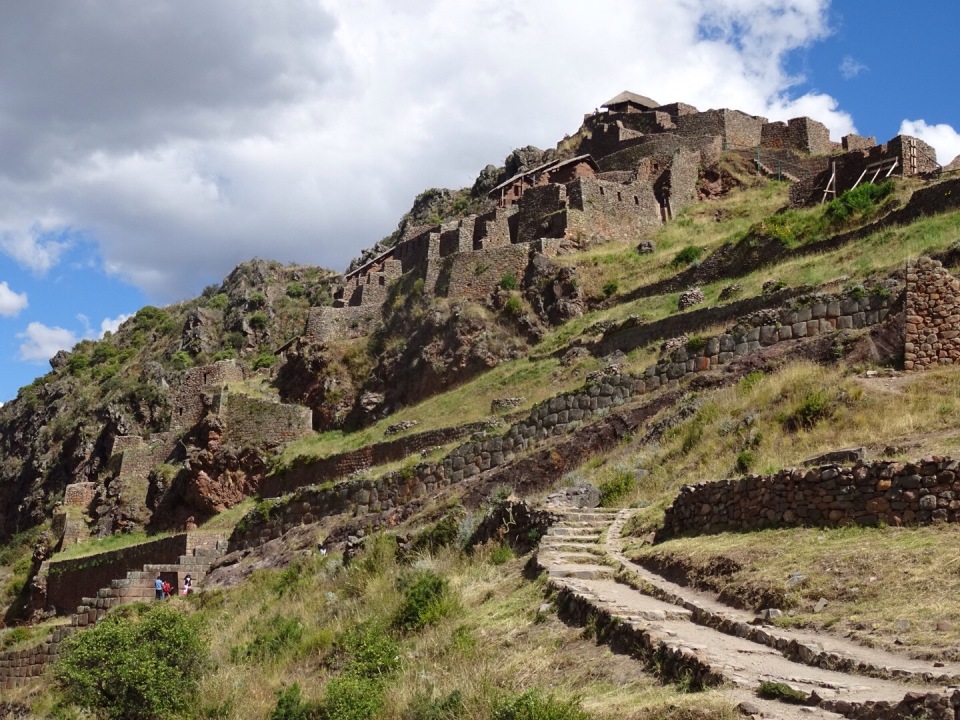