Well I got to spend the day dealing with the car – and all is well – but it was a very long day & night.  Guys in the street outside the hostel were playing drums until about 1:30 a.m. – the single drummer dudes from the last post.  The car  traveled from the US (Houston) through the Panama Canal – and into Valpariso Chile in 26 days.  What’s amazing is that seemingly everything is still done with paper – customs office, dock office, our local agent, official agricultural inspectors, etc.  People have i-phones, etc. but everything official is done on paper – and in triplicate.  Paper gets stamped – and it must be official, and signed, and dated, and signed again, etc.  I watched in awe while we waited a group of six guys unloading a container with what appeared to be rolls of small carpet or vinyl.  Six guys unloading a container, one forklift driver, and one dude on the truck setting up the rolls.  This one guy on the truck was an outside company and he had no help.  So six guys would load the rolls – about 10 on a forklift – the forklift would then drive to the truck (15 ft) and he would begin the unloading process.  The other six guys would basically sit down and wait (15 mins) until the forklift could come back (15 ft) – and they would take about 60 seconds to load 10 more rolls… time moves on but things in latin america are still the same.

I went with our agent to go get the car – after getting all the papers signed this a.m. in the customs office – then waited 4 hours – then went (drove) to the place where all the containers are.  (Cindy stayed in Vina Del Mar – beach – with the boys – which was a good choice) When we first got there – we walked around looking for our container – not to be found.  We walked, looked, asked, etc.  Finally about 30 minutes later this HUGE machine came with our container being carried about 30 feet in the air – as he quickly drove around – and the container is swinging left/right/back/forth a bit – and I”m thinking – whoa! there’s a car in there… Of course it got set down abruptly – but worked out just fine.  I got the “pleasure” of squeaking by the driver door and then into the drivers seat to get the car started – it wouldn’t start at first, but the dudes in Houston had switched my secret “anti-theft’ circuit when loading the car – switched it back over and no big deal – she’s alive captain.   Drove it out – got the inspection done – then waited 45 more minutes for more papers, copies of papers, official stories to be told and the like.  In the end our Agent was very helpful and escorted me to the gas station where gas is $5/Gal US.  (YIKES!) – so enjoy back home.  Took off back for Valpariso in the car – picked up Cindy and the boys around 5:30 PM – and then left for Las Cruces – our new place.

I took a picture of the car in it’s box – it was secured to the floor using rope and boards nailed to the bottom of the container – very secure.  Getting into the car – another fun activity.  The other picture is of the ‘wall of containers’ lying waiting to be used.  I joked with the guy that the one with the door open was probably ours and that he would need to climb up first to check it out – he declined. 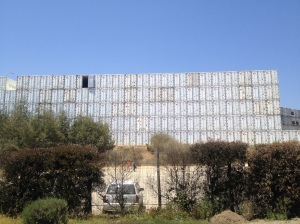 Las Cruces is this very small city  – dirt roads – basic services on the coast of Chile.  We have found a very nice house to rent with it’s own pool.  Made dinner about 10 pm tonight after being “checked in” by the local guy who was very nice to us.  The house is owned by a Canadian couple in Toronto – but it has internet so we are very happy.  (see red-dot on map below)  We successfully drove around Vina Del Mar in and out – and onto our town on the highway.  Was a little nervous at first – driving in Costa Rica was much, much worse than this… except that the maps say take route F-90 – the exits don’t have numbers, just names of towns, so you need to study the geography before you go so you know where to turn.  We will be here for a week, then next Thursday are making the big jump to the Lake District of Chile (pucon). 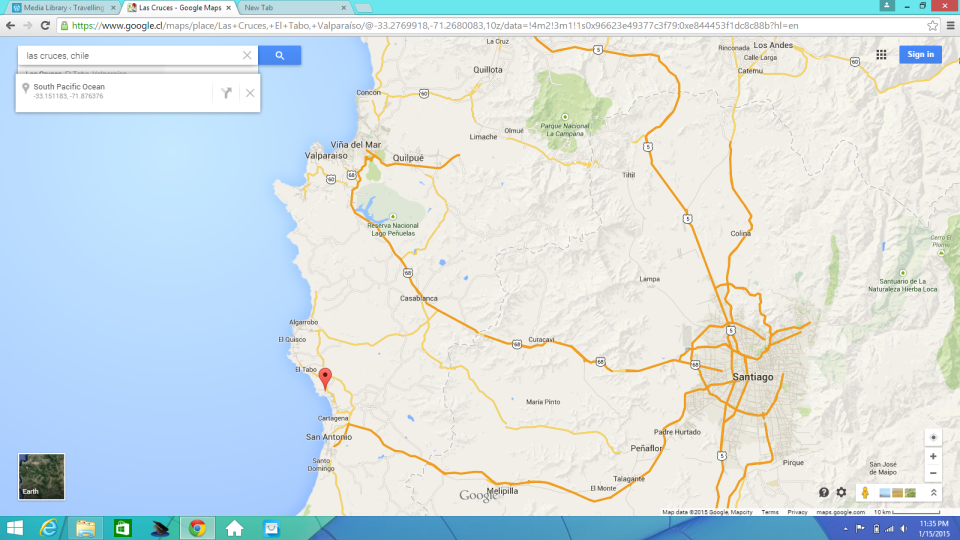 We decided to take the ‘short road’ which was not on the map, not on our GPS mapping software, etc.  Ended up being this dirt/gravel/rock/pot-hole road that ended right in Las Cruces – the entire time thinking I’m really glad I have a 4×4 4Runner to be doing this.  We have a portable GPS unit that worked great – coupled with the Ipad for navigation purposes – so we don’t need cell tower navigation, etc.  We can be anywhere in the world and get our position, altitude, direction, speed, etc.  It’s an aviation GPS but seems to be working quite well for what we are doing.  It’s also blue tooth and several devices can connect – so the boys can also navigate from the back. 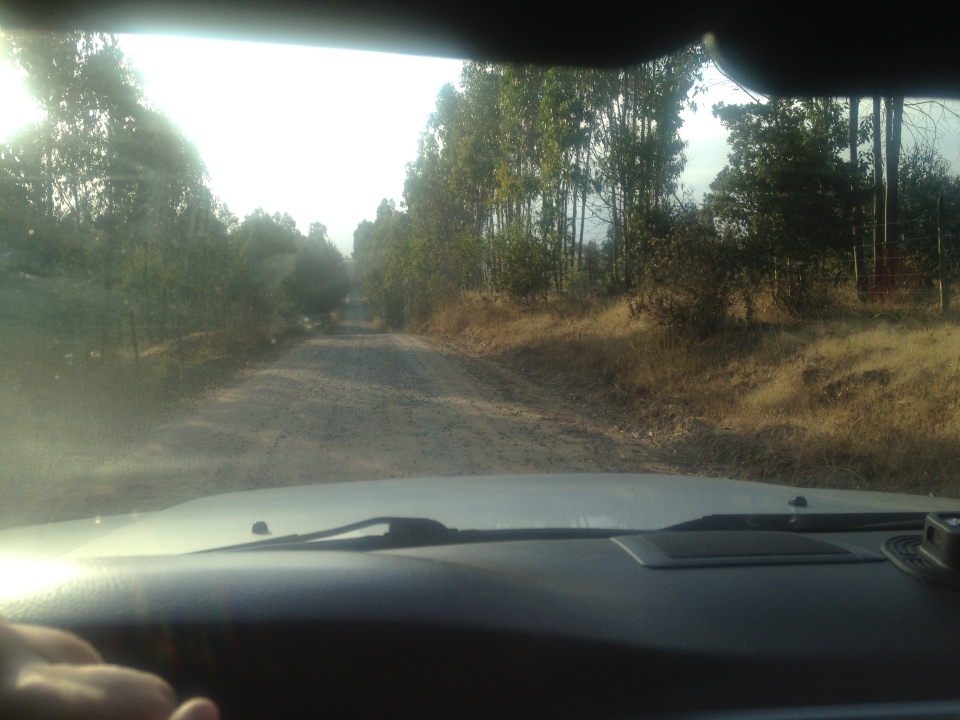 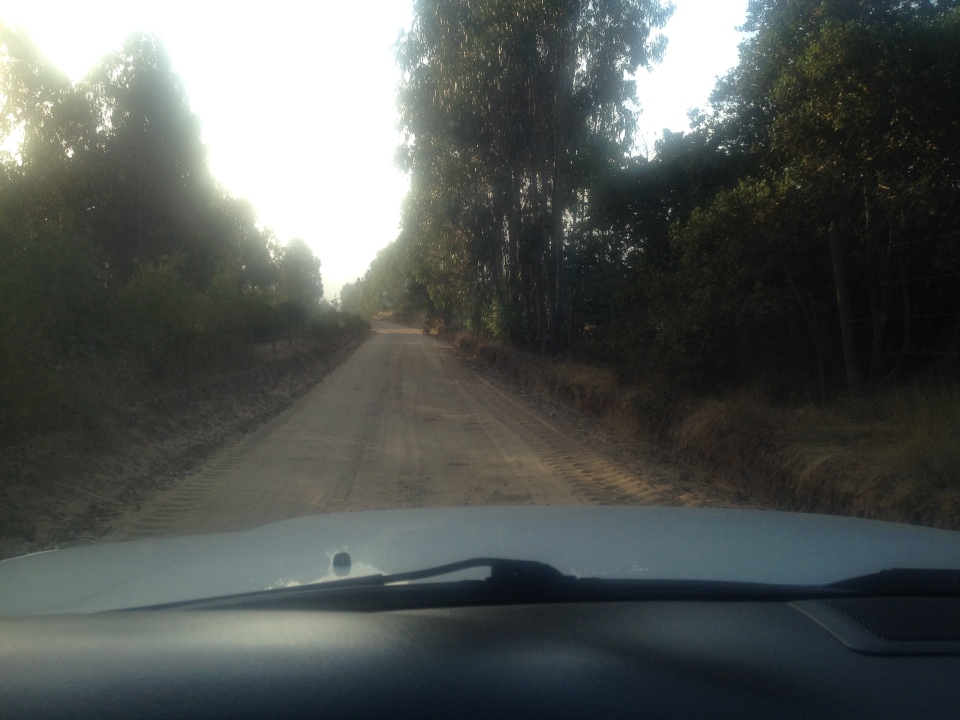