Finally, after three days of driving, we reached Puerto Iguazu.  Yesterday, we visted Iguazu Falls National Park, which if you ask me, is the most beautifal park I have ever been to. Over five kilometers of outstanding waterfalls, with a lush rainforest in the background. Plus, it acts as a natural border between Paruguay, Argentina, and Brazil. Niagra falls it tiny compared to this. 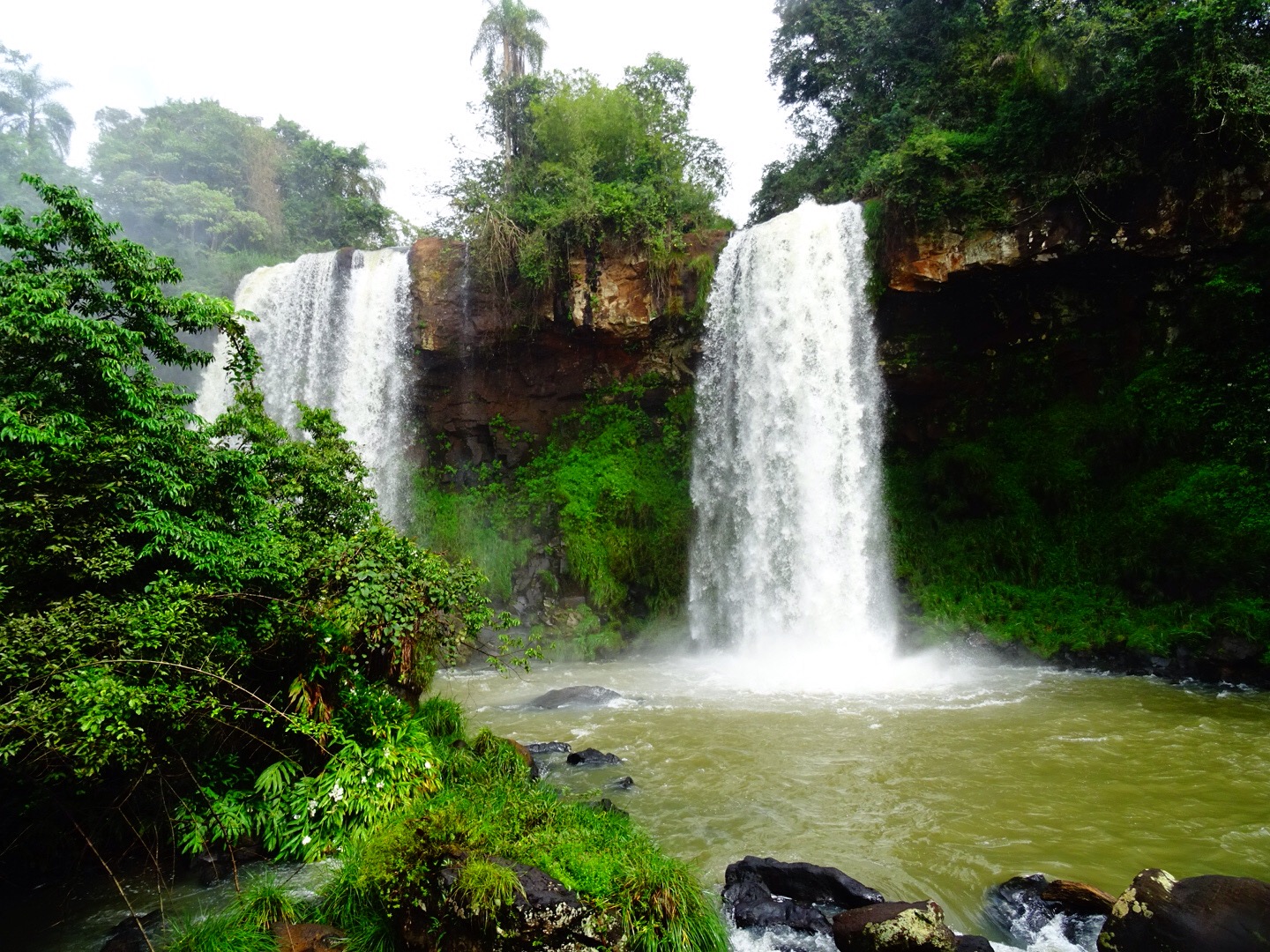 We left our hotel early in the morning to go to the falls, but even then, it was packed. After hiking a 600 meter walkway, we reached the main area of activity, where we decided to do the lower and upper circuts, which aren’t  that long, but beautiful nonetheless. We could have done a circut on an island on the river, but the ferry to the island was closed, so we decided to do the lower circut first, and got sprayed by a bunch of waterfalls, and went right under one. (Note to self: Bring umbrella next time.). Once seeing some more falls, we decided to get some food, only to find that we were soon overrun by little animals called Coaties. We first saw these animals in Costa Rica, three years ago, and now,, we have a different perspective about them.

So after a futile atempt at food, we decided to get chow later and do the upper trail. We walked over nine different waterfalls, and let me tell you, don’t  look down, because it is a long way down. we found these really prety birds while walking under some trees, and only to realize that it wasn’t a big find. These birds are popular in the park, so we were a little bummed out, but such is life. Once getting back to the square and having a good lunch of Empanadas and Powerade without Coaties, we got in the line for the train to Gargantua del Diablo, or The Devil’s Throat. 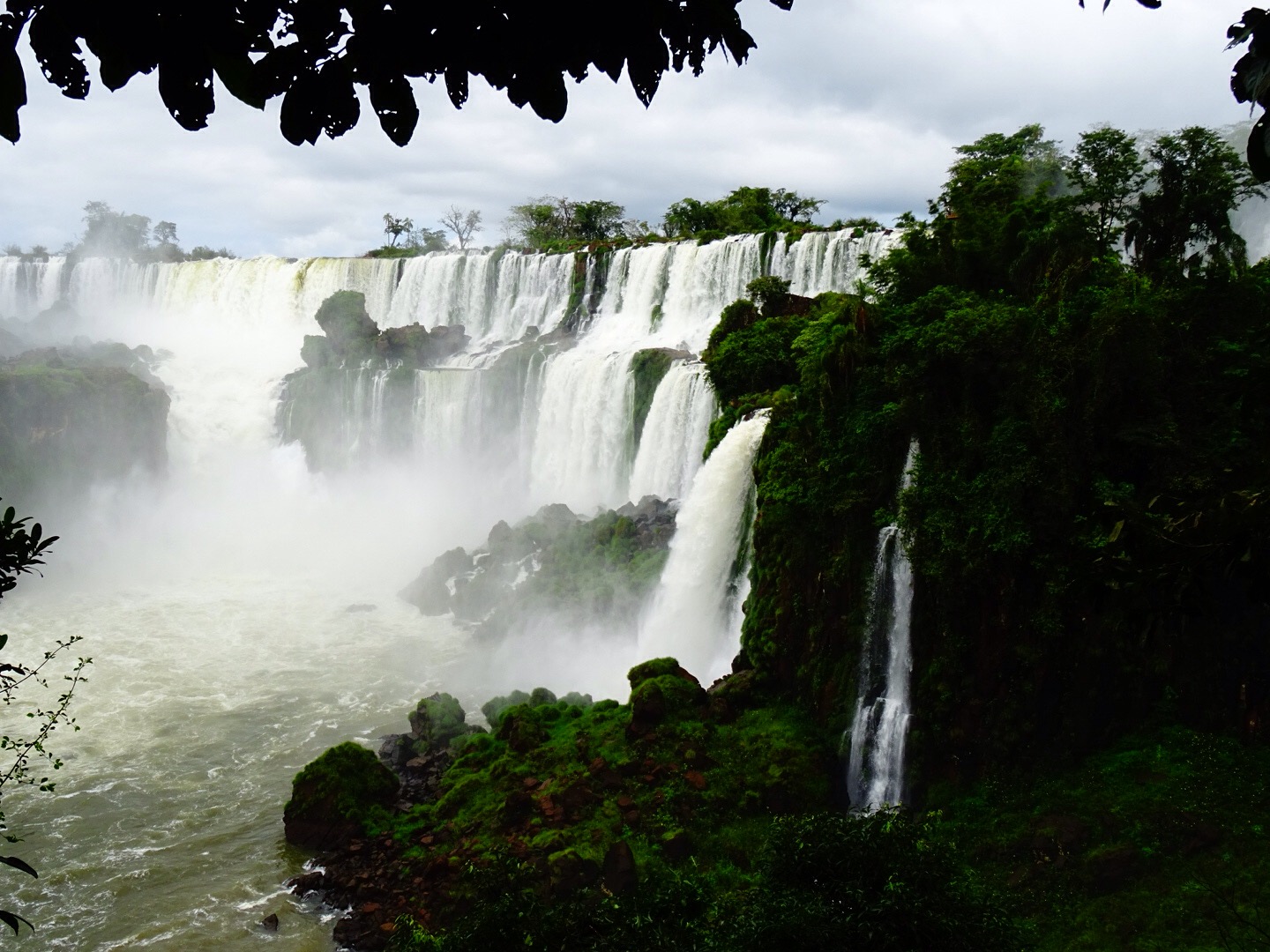 Some of the falls

They have boat tours under this fall. Too much water for me!

The main attraction of the park, Gargantua del Diablo. It lives up to its name, with over 1,000,000 tons of water rushing over per minute. As we were walking over the river to see The Devils Throat, by dad picked up 11 buterflies on his back, and apparently, they didn’t want to go. As soon as we got to the viewing platform, we got drenched. It is more like a shower than a viewing platform. Pass the shampoo please. After 10 minutes of torrental drenching, and my mother screaming, we finally decided to leave. It was sort of sad that we didn’t spend more time there., but as soon as we left, we wanted to go back, but my dad didn’t want to pay 72 dollars to get in again.

We are now currently trying to find a hotel in a town called Salta, but on the news, they are saying that another huge Volcano blew up, and that the ash cloud is over Buenos Aires, after burying Bariloche, San Martin, Puerto Montt, Puerto Varas, and they are saying places like Punta Arenas may be in danger, but we are fine. Link below.