Looking at what’s next

If you had to choose one area in the world to go to, where would you go? Australia? Europe? China? Those are where most people would go. I would go to Patagonia, South America. Why? Well, here’s why, lakes and two oceans, food, and the two superb countries that make up Patagonia.

Let’s start with the oceans and lakes that are well known throughout Patagonia. In the northern area of Patagonia are the Chilean and Argentinian Lake Districts. With some of the lakes spanning more than 50 miles, they seem endless, with one after another, after another. Some of the lakes in the Chilean Lake District are directly nestled up to volcanoes, some of them quite active (e.g Villarica in Pucon). The Patagonian region is in between the Atlantic, and the Pacific ocean, so if you are staying in Patagonia, expect to see a lot of great things with these lakes. One thing that is really superb, is the beaches. Even on the lakes, the beaches can be jammed packed. White sand, rocks, pebbles, black sand, it all depends which one appeals to you. All are nice, and occasionally you will hear “Palmera”……

Food. My favorite part so far on this trip. Have you ever heard of a Parilla?
A Parilla is basically an all you can eat meat restaurant. The thing is, it is the best quality meat for something like 15 dollars. My dad says that the average person in Patagonia eats 150 lbs of meat a year, compared to the average american who eats 90 lbs of meat a year, so expect to see and eat a lot of meat at Parillas. If you are staying in Chile, chances are, you will come along an Empanada Pino. An Empanada is a small fried calzone with meats, cheeses, and the occasional egg inside it. The Empanada Pino is made with ground beef, beef broth, olives, and sometimes, an egg. Besides the Pino, there is the Napoleon. It has ham, tomatoes, and cheese all wrapped up and fried. Have fun enjoying these little balls of joy.

A chef at a Parilla cooking meat over a wood fire 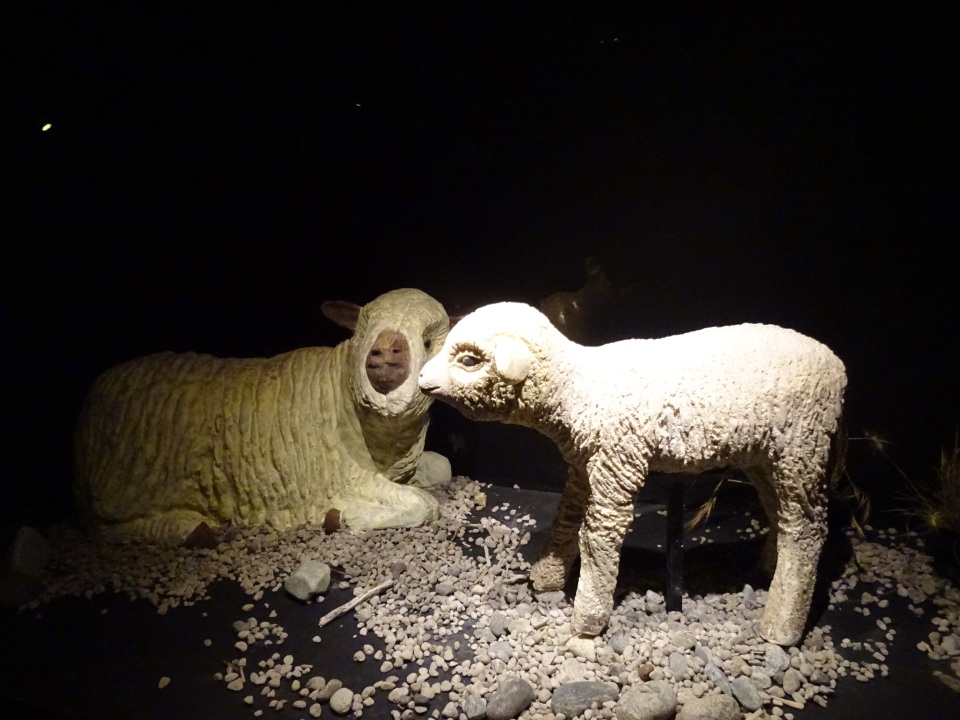 A lamb made completely of chocolate

Finally, the countries that make up Patagonia. Argentina, and Chile. Argentina is home to Tierra del Fuego and Buenos Aries, two very good places to go. Also, there is the place that we are staying in, Bariloche. I would go there too. Buenos Aries is known for outstanding architecture, Tierra del Fuego, for all the mountainous Isles it houses, and Bariloche, all the chocolate and hiking. Despite being 200 km wide, Chile can hold a lot of surprises within. Unlike Argentina, Chile has a sound government and a well maintained economy. Torres del Paine, that is one of our next stops, is also known as the eighth wonder of the world. Oh, one last thing, the volcanoes. Chile has a huge amount of volcanoes. I think it has the most in South America. Just to name a few, Villarica, Quetripillan, Lanin, Orsono, the list goes on and on.

Villarica volcano with a lake in front

These two countries are gorgeous, and you should go, after all, United flies regular flights out of Houston to Santiago. So go, enjoy the world, one piece at a time.