Ok we did it – we have finally arrived in Buenos Aires.  After driving 2800KM – not including side roads, etc. we have arrived at our lovely townhouse in Palermo Soho – inside of Buenos Aires.  The drive was getting very old as nothing was changing.  At one point Cindy and I were talking to each other (imagine that) about the drive and she was telling me…. “I’m trying to think of each bush as an individual…” – we had see so many rocky/bushy areas with the occassional Guanaco running around that we were ready for the scenery to change.  About 700KM out of Buenos Aires it finally changed and we started getting grass.  I had to take a moment to actually say “hey there’s a hill over there”.

Along the way we had a good stop in Puerto Madryn.  This town/city is a beach spot and no one was there – seems tourist season is over.  We drove about 200 KM one day to go look at some sea lions which were there and taking in the sun.  Of course everyone else was there to potentially sea the pod of Orca whales that basically combs the beaches looking for the sea lion “pup” to stray too far into the water – where the whale rushes onto the beach and then flings  the pup up in the air and back to their waiting team “mates”.  We had to have the conversation before getting there with the boys “you might see something that is not so fun…”.  Of course the boys were both “Yes! we want to see that!” – I’m not sure they really did.  Luckly for us tourist season is over and the whales decided not to be present on our trip to the beach.  So no gory pictures to share. 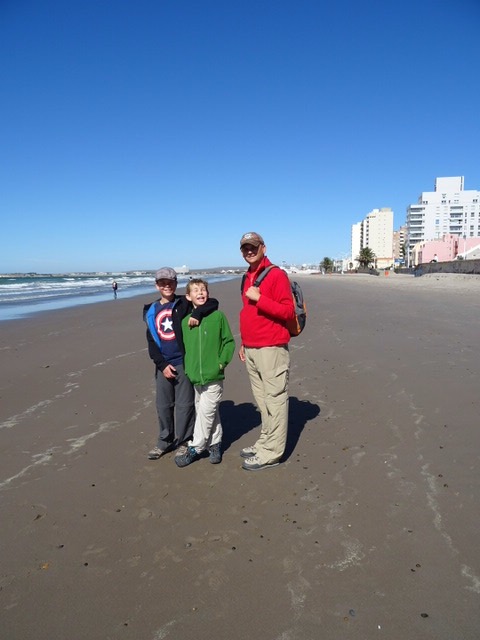 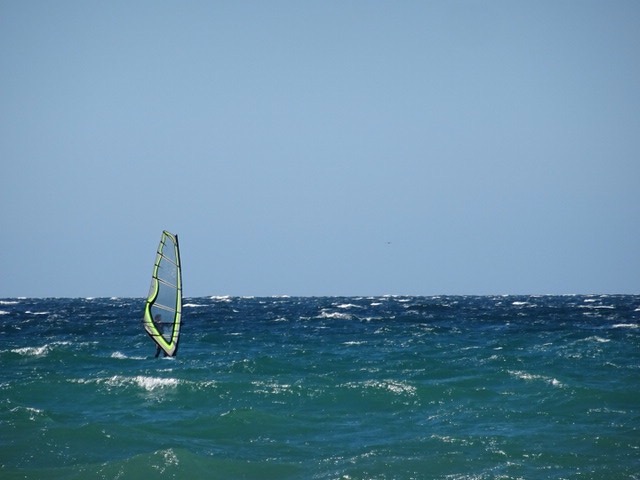 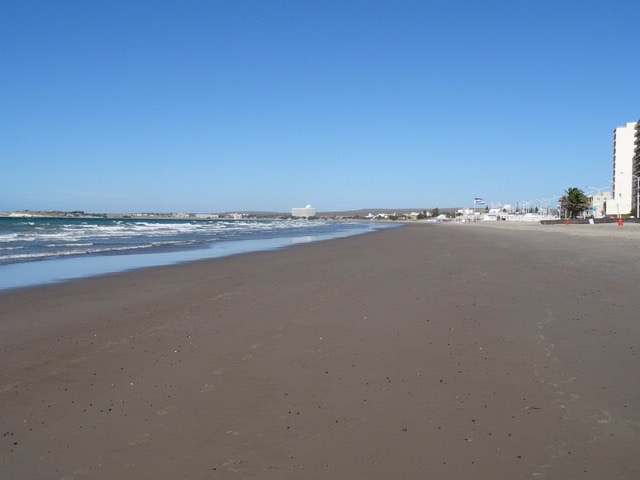 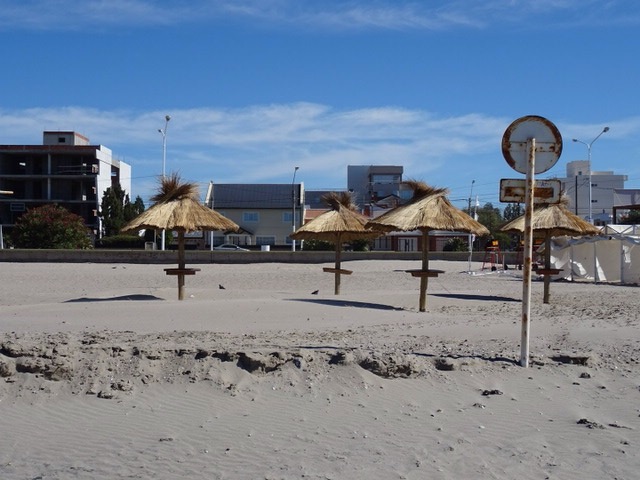 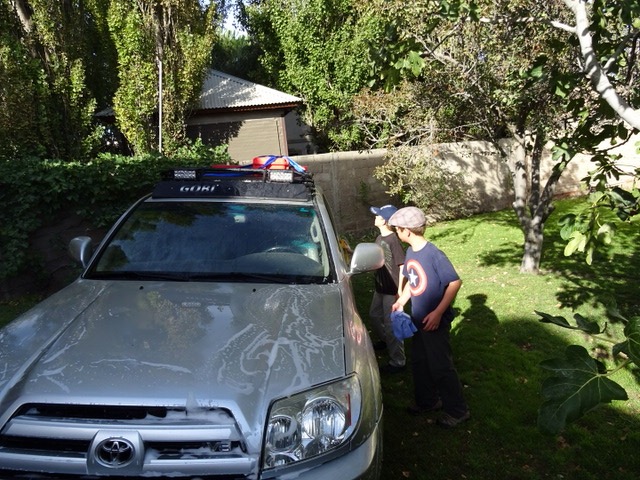 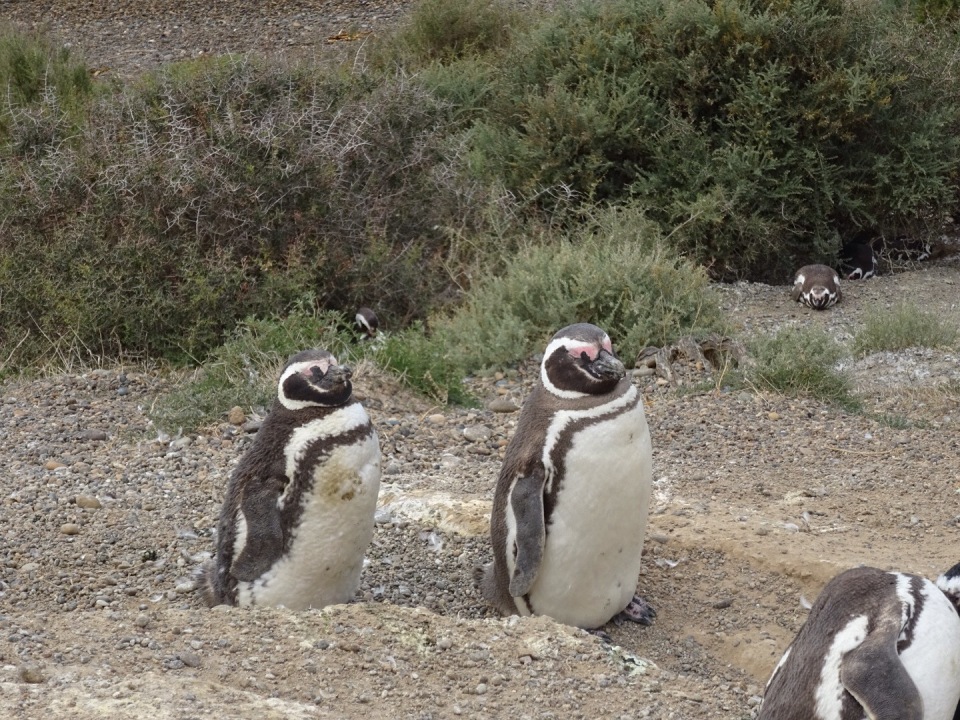 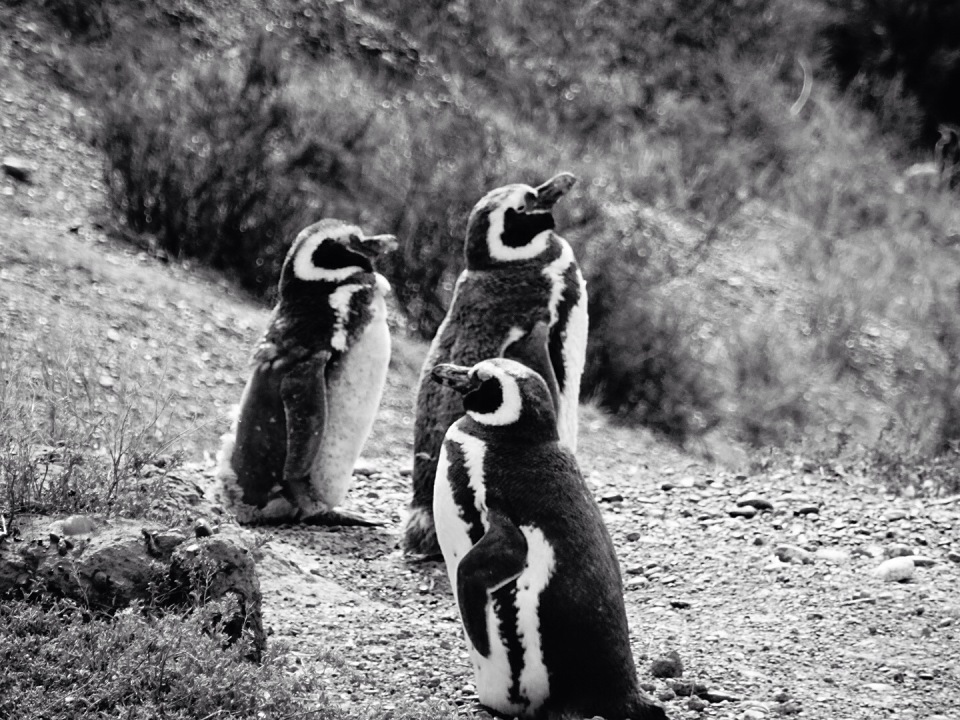 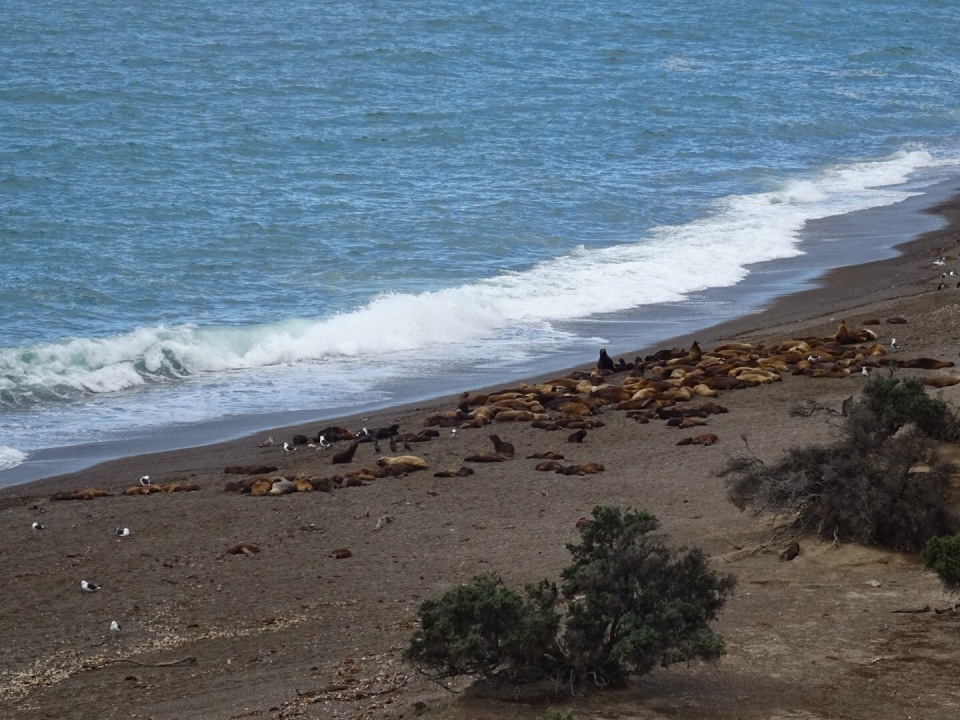 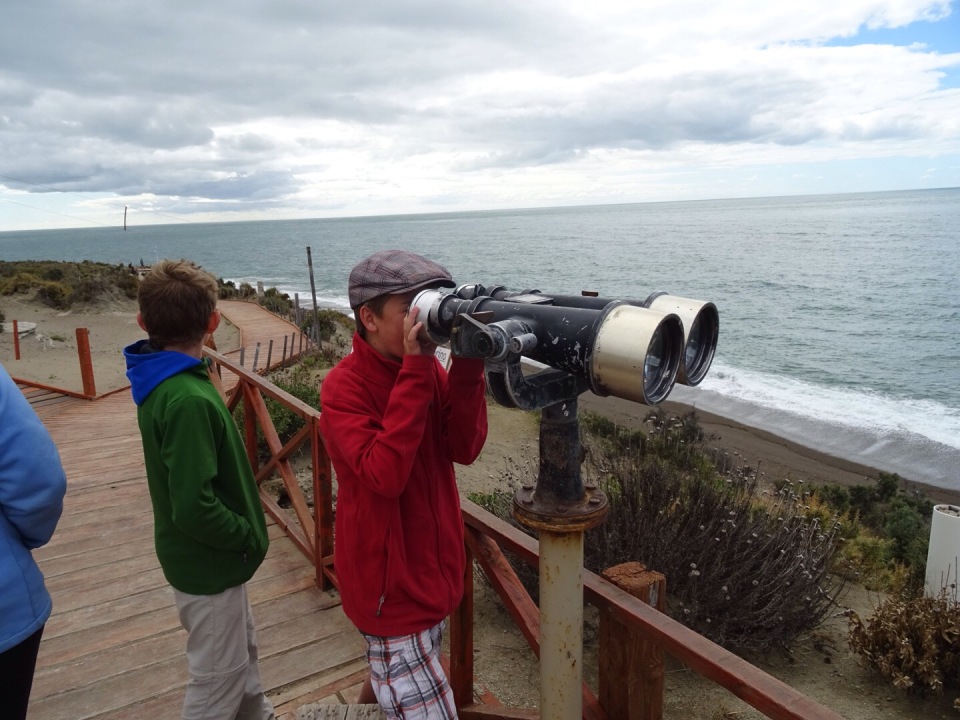 We did get some good errands done in Puerto Madryn, including washing the car – desperately needed.  Overall the car has been doing great – probably needs an oil change.  We have driven 4800 miles since I shipped it from Houston, but since it’s on synthetic oii I don’t really need to change it – but I might here in Buenos Aires.

We ended up pulling a long day and driving to Bahia Blanca.  Found a nice hotel and hung out for the night.  I needed to go change some money for the ‘blue rate’ which saves you about 40% on your money – so ended up in the casino changing money.  Unfortunately the casino was filled with slot machines with lots of elderly people playing them – I guess things are the same all over.  Of course we are always on the search for our next dinner place – and the boys saw a Chineese restaurant.  Rice sounded good and it was “Buffet Style” so we arrived at 9 pm (opening time) and had dinner.  There’s a saying about eating foreign food in a foreign land…. so I think the only Chineese thing on the buffet was the rice.  Everything else was Argentinian in it’s design.  They even had a grill with sausage, steak, chicken, etc.   The salad bar was very good and we all had our fair share of lettuce and tomatoes.  I don’t think we have really been eating our vegtables like we should have.

We finally did the last push into the outskirts of Buenos Aires and ended up at this cool lake resort called San Miguel.  We completely randomly found this place which had a pool and included dinner and breakfast in the rate.  It also included “a show” which was a pretty interesting singing experience.  I had flashbacks to being on cruise ship in the middle of Mississippi – tied up to the bank and seeing a show.  The singer and his dancer were great – but it’s also the “look” that goes along with being an entertainer.  I told Cindy I needed to get an open shirt, some gold chains and a fancy hat….   We ate our dinner and left a bit early claiming that the kids were tired and needed sleep – so we managed to come back to the room and watch a little soccer and goto bed.  The beste thing was in the a.m. we asked what time check-out was – thinking 11 a.m.  They said 6 pm – awesome – e crashed at the hotel and hung out until we needed to leave to be in Buenos Aires.

We made the last hour drive to our pad and emptied the car.  The car is now parked in it’s spot so it’s secure and we don’t have to worry about it.  Found a place for dinner, some ice cream and went to bed.