Beach/Bar/Jack Sparrow – We now have officially been here for about a month and are getting the hang of things.  Certain things like ordering food, going to the store, etc. we have under our belts – in understanding what people want, communicating, etc.  It’s the new situations where we stand there looking like dopes since we don’t know what we are being told.  Many times it’s simply knowing the nouns and verbs – but when you are talking to a park ranger and he’s telling you about a hike – it’s not normally words that have come up in Rosetta Stone.  “El nino bebe leche” just isn’t here yet as part of the trip.

Couple of days ago we hit the beach again – and the boys needed to go sailing – so I happily obliged them.  The boats are smaller – but very easy to sail.  Since Hayden has his small boat sailing merit badge I let him run the show for this trip – and he did great. We sailed across the lake, tacked a couple of times and even tried to race another boat.  All in all a good hour spent on the water with the boys.  Afterwards we ended up at a German pub in town having dinner.  You end up leaving the beach at 8 PM – so you’re not really interested in going home to make dinner – so we typically will find something on the way home.  Anyway – back to the pub.  We started with a round of beer for Cindy and I – more than we were expecting – but it was very good.  We ended up sitting next to some British guys who came here a year ago and run a boat that pulls people up on a parachute.  The season is only 11 weeks here – so they go back and run the same business in Spain from May-September.  It’s a good seasonal thing for them.  While sitting there we were shocked to see “Captain Jack Sparrow” – the likeness was crazy good.  We were able to get a photo of the boys with him – and his lovely assistant – who also looked the part. 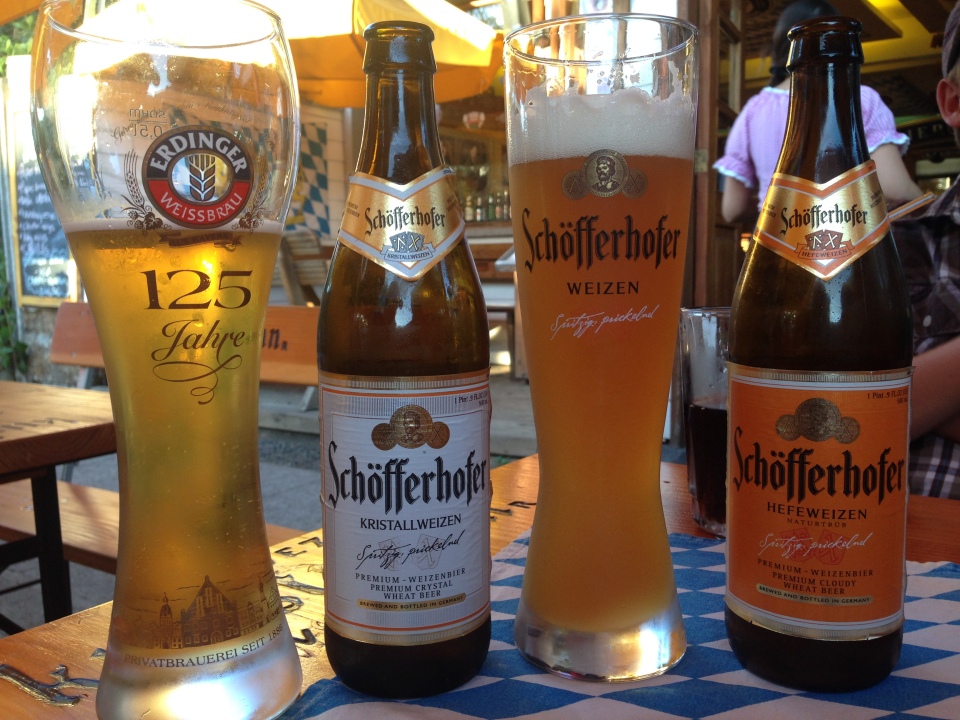 The Hike.  So the boys planned another 10 mile hike “Natural Reserve Cani” for their hiking merit badge.  Noticing this a.m. that it is 8.4 KM (one way) – so times two is over 16KM and their 10 mile goal.  Sitting here this morning I can definitely say that we went way beyond this.  Reading the map for myself this a.m. it’s 8.4 KM from the ‘road’ – which is a point on the map much further along than we parked.  My guess is that we ended up doing about 22KM.  This combined with a vertical of 1250 meters (4100 feet) one way… well you get the idea.  In the end it tooks us about 8 hours to do the hike – and everyone was very sore.  The climb was great.  Every hike here is a climb to get to a vista overlooking lakes/volcano/etc.   It’s a prep climb hike for our possible ascent of the Villarica Volcano – which is shorter but the vertical is about the same.   It wasn’t necessarily the going up that was the hard part – it was almost as hard coming down since the trail is loose dirt so you felt yourself slipping a lot.  We had a couple of slip/falls and everyone is ok.  Both boys did amazing jobs – this was a big trek if you’re 10 or 12 years old.  Even Gavin this a.m. is saying he is sore.

The remnants of a Land Rover – probably seen better days – my guess is that this is a 2013 that broke down shortly after purchase!

The highest Rock you can see is the tip of our hike. 4000+ feet higher than we started. 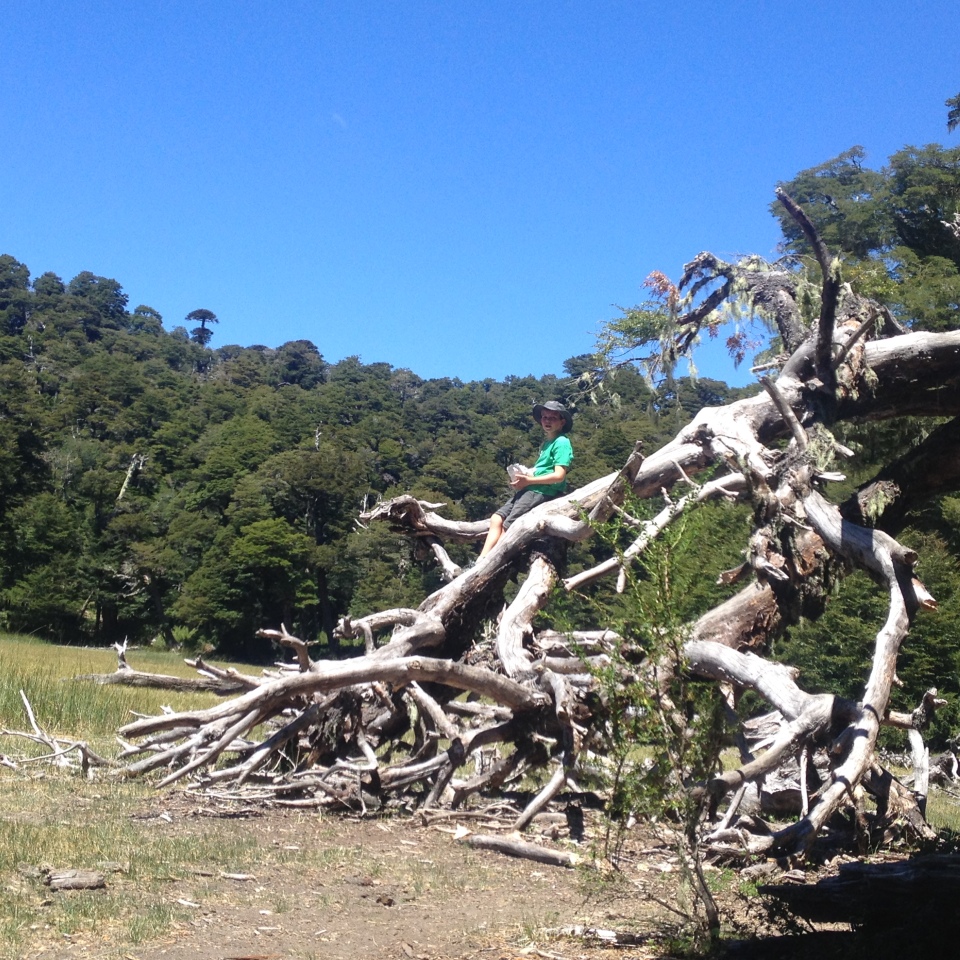 Taking a break at lunch near a lake – that’s now dry.

We made it – the summit and high point of our hike “El Mirador” – the view was worth it.

We made it to the top

The boys at the top of the climb.

The Monkey Tree – a young one. These trees were found in England. They are 250 Billion years old. They grow amazingly slow and huge!

View from the hike.

This is the view from our hike – we started nearly at the bottom of the fields that you can see at the top right corner of the picture.